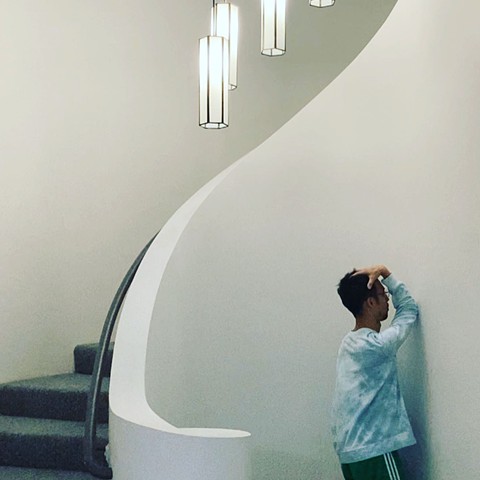 Born in Sapporo, Japan, Kensaku Shinohara discovered dance in 2004 while studying anthropology at International Christian University in Tokyo. After touring nationally and internationally with dance companies Nomade-s, Grinderman, and his own company Team Punchinello, he moved to New York City in 2009 and Los Angeles in 2019. Prompted by the cultural shift he experienced in these moves, his current research focuses on the idea of identity. Although this country holds out a promise of equality among citizens, it is also a prickly social and political landscape where the differences among people due to age, race, gender, sexual orientation, etc., are closely observed and contested. This has raised many questions for him about human nature and the primal forces that move our lives. Ultimately, Shinohara makes dances to connect to other humans and to better understand personal and cultural differences.

Kensaku used the sanctuary to rehearse toward "Witch's Kitchen", a performance cabaret by Shana Lutker.