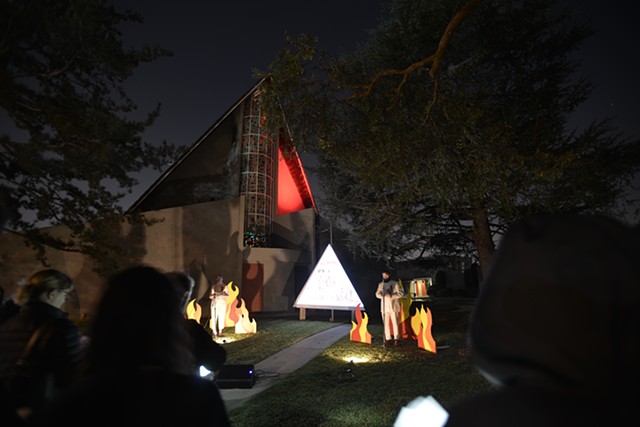 Semi-Tropic Spiritualists began in 2012 as an ongoing series of performance works, interactive objects and illustrated texts by Los Angeles-based artists Astri Swendsrud and Quinn Gomez-Heitzeberg. Their works explore the history of spiritual belief and metaphysical practice in Southern California through the Semi-Tropic Spiritualists, an organization that temporarily created their own idealized community – a campsite meeting place, founded in 1905, outside the city limits of Los Angeles.

Combining historical research with invented rituals, objects, and texts, the project seeks to examine the utopian impulse to manifest idealized belief structures into built realities, and the complications that result from this transformation.

Addressing issues of faith and skepticism, belief and charlatanism, and the changing natures of the built environment and historical memory, the Semi-Tropic Spiritualists function as an experimental model for communities dedicated to investigation and the search for knowledge.